How to use Surveys to Sell More Books 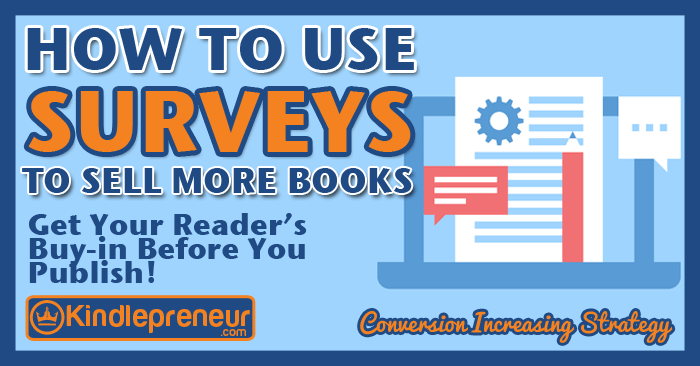 I just launched my first children's book: Alfred the Time Traveling Dinosaur and it became an Amazon Best Seller in 11 days. Want to know the secret?

It was all because of my email list.  But not just the usual “hey, collect up emails and blast them out” strategy.  I used something very different…I discovered a way to get my market to “buy-in” before the book had even come out so that when I sent my “Buy my ebook” message, people were ready.

The challenging part of being a children's author is that you're writing for the children, but you have to market to the parent.

So, how can we get readers to “buy-into” a book before it is even published?

Simple…you get them to help you write it and give them a behind the scene look at the making of the book.

I did all of this through using surveys.

By using simple and free online survey tools, I could get my target market to interact with the creation of my book and ultimately feel as though they were a part of its creation.

In turn, this helped to increase my email conversion rates and help drive my book to the top of the sales chart.

In this Article, You Will Learn

I'm not special, nor am I famous.  I don't have a giant social following nor do I have a pre-existing audience in which to leverage for sales. Heck, even the 7th-grade boys that I hang out with and mentor on a weekly basis have more Instagram followers and Facebook friends than I do.

At the time of writing this article, I have a measly 229 followers on Twitter. My email list was even smaller than that when I started on my book in March of 2015. I had a grand total of zero.

I say this because anyone can use this process, regardless of where you are starting from. We can all be like Drake and start from the bottom.

So, what exactly was the process?

Well, it was all about using the “choose your own adventure” technique.

Choose Your Own Adventure

Do you remember those books where at the end of each chapter you could pick what would happen next? You would flip to some entirely new spot in the book and read what happens in the story because of your choice. Then, at the end of that chapter you would get more choices and the cycle would keep repeating until the main character died only to start all over again. That, in a nut-shell, is the survey process I used to help create my first children's book. Except no one died.

My book released on September 11th, 2015. Starting in March of 2015 I would send out a survey once a week asking my audience what should happen next in the book. Voting would last for a week and then the next week I would send out the results with a new survey.

It wasn't rocket science, but I was immediately surprised by how engaged everyone got in the process.

But it makes sense right?  Parents were jumping at the opportunity to be a part of a children's book.  They were vocalizing their opinions.

What did that process look like? Let's first look at how I delivered the surveys and what tools I used.

I promise you, it's much easier than you think.

What I use on a weekly basis in my day job.

What I lived in as an engineering student.

This was my choice for my first books survey process.

The Types of Surveys

So you've decided on a survey provider, now it's time to create your surveys. What should they be about?

For Alfred the Time Traveling Dinosaur I had three main types.

When was the last time you went to a casino and played slots?

You walk in and take a seat on a little red chair.Then you put your money in the slot and pull the lever. One by one, small pictures drop in sequence in front of you and you are hoping their order will give you a great payout.

This was the same process I used in my very first survey. Let’s call it the slot machine of children’s storytelling 😉

I gave my audience a bunch of different options and hoped whatever turned up would mean a great payout (story) in the end!

And here is the survey.

My first children’s book would be about a dinosaur, who time travels, is afraid of people and is trying to overcome an enemy. Now you might be saying, sure that works fine for a children's book but what about my next thriller novel?

Granted, writing books for kids really lets me play on the creative side. But I bet there are some plot points you could leave up to your audience to help you decide. What I found was this actually helped with my creativity and storytelling because I had some limits placed on me. It was easier to be given a starting point rather a blank page with unlimited possibilities. I timed the release of my last survey to correspond with the release date of my book. These came out just a few weeks before the book was scheduled to be released. I had seen several places online where people were asking for feedback on their cover design. Often those questions/posts were very popular.

That popularity was the case for me. I created four different cover designs and sent them to my email list and posted in several different Facebook groups and sub-Reddit's online. The response and feedback were great! I got over 200 votes and ended with a much stronger cover design.

This survey was key in building buzz for my book right before the release. I was able to direct message many of the people who voted and who weren't on my list, asking if they would like to receive an advanced reader copy. Nearly 70% said yes allowing me to get the book in a lot of peoples hands before the launch.

Childrens authors have to write for children but market towards parents.Click To Tweet

Then once my listing was live on Amazon is was able to follow up and ask for reviews.

I strongly believe that such a high conversion was due to the buy-in my surveys created with them.  They just took time, gave their opinion and helped to put a piece of the book together.

Who wouldn't want to see the finished product?

When Alfred the Time Traveling Dinosaur was completed I had:

I've put together the entire survey timeline just for the Kindleprenuer readers. You can go here to view that timeline as well as get walk-through's of setting up and embedding surveys on your site.

Now, THIS is where I crush it…

They say you can never start too soon in marketing your next book.  Or as Dave Chesson always says…

The day you decide to write a book, is the day you need to start marketing it.Click To Tweet

What is great about the survey process is once you send out the first survey request, you are building your pre-launch list. Two weeks after my first books released, I sent out my first survey for Book 2 in my children's book series.

At the end of the story in Book 1, the readers are left with a little cliffhanger. On the next page, they are asked if they would want to help decide what happens next in the adventure and are then directly taken to an email opt-in form on my site. This has allowed me to build off the momentum of Book 1, especially during the free and $0.99 periods when I have higher downloads.

Readers enter the story with my first book and are instantly taken into the next story even though I haven't started to write it.

The biggest change I have made to this process is allowing people who are not currently on my list to take the survey and vote. Inside of the survey, there is an email opt-in which allows me to promote my surveys just like I would with a new blog post. The survey itself is serving as a lead magnet driving people into my list.

Why did this strategy help me to crush it in a very competitive sector with no prior books, fame or even an email list?  Why is this something that anyone and everyone can do?

AND most importantly, no matter what type of book – fiction or non-fiction- any author can use this.

Surveys were the key for the success of my first book launch. Not only did they allow me to leverage an email list for launch but I also got to engage with my future readers on a weekly basis. I know survey's can have great results for your next book and I look forward to hearing about all the creative ways you use them!

Written By Brandon Cullum: Brandon Cullum always dreamed of becoming an astronaut so he could go on an amazing adventure.  Then he learned space is lonely and math is really hard.  Now he creates immersive children's books that allow him to go on new adventures and bring everyone along for the ride.  You can check out his latest book and decide what happens next in stories at www.brandoncullum.com 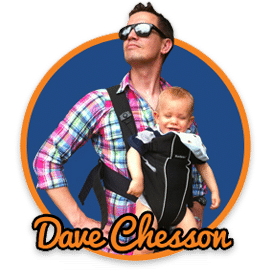 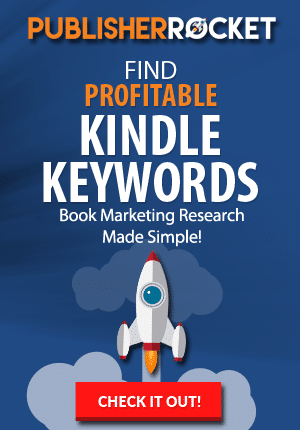 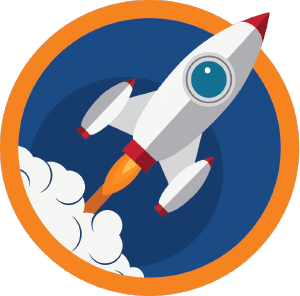